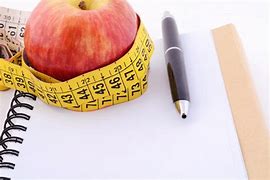 Walk—and maybe speed up the pace

Working out plays a crucial role in weight loss and can help you maintain a slim figure for years to come, so it’s no surprise that 90 percent of people enrolled in the NWCR reported they exercise, on average, about one hour per day. And even though people tend to find one workout routine and stick to it, research has shown it’s important to switch things up every now and again, especially in terms of cardio. Instead of simply running or walking, try to vary your speeds as you go. Scientists at Ohio State University found that walking at varying speeds can burn up to 20 percent more calories compared to maintaining a steady pace. In fact, 94 percent of people enrolled in the NWCR reported they increased their physical activity, with the most frequently reported form of activity being walking, so get moving with these 30 Tips When You’re Walking for Weight Loss.

"If you are going to write, write from the heart." MwsR "Life has not been the easiest, but it could certainly have been worse!" MwsR Life is about doing all you can to help others. Don't go chasing rainbows, make your own pot of gold. Love, Hope, Faith, the greatest of these is Love! View all posts by Mws R