Vets reveal the most dangerous diseases pets can give you

Pets are one of life’s great joys. According to the National Institutes of Health, some 68 percent of American households have a pet, and their benefits are countless, from getting active to boosting mood. But as wonderful as our furry (or scaly, or feathered) friends are, there are certain health risks that come with having an animal in your home.

“Zoonotic diseases (zoonoses) are those that can be transmitted between animals and people,” explains Christa Gallagher, BSC, DVM, an assistant professor of public health and epidemiology at Ross University School of Veterinary Medicine. “Animals, whether wild or domesticated, can transmit harmful bacteria, viruses, parasites, and fungi to humans.”

But talking to your veterinarian about possible disease transmission can help you avoid the risks. Diseases from pets can be transmitted through contact with bodily fluids, touching and/or petting, through bites and scratches, inhalation, and through mosquitos, ticks, and fleas, Dr. Gallagher says. Very young children, the elderly, and those with compromised immune systems are particularly at high risk. Here are 15 diseases you can get from your pet.2/16 SLIDES© Lightspruch – Getty Images

“Toxoplasmosis (Toxoplasma Gondii) is a parasitic infection in which cats are the main source of infection,” explains Dr. Gallagher. While healthy people don’t typically contract the disease, it can cause serious health complications for pregnant women and immunocompromised people. Be sure to change the cat litter frequently (once a day if anyone has a weakened immune system in the house), and thoroughly wash your hands afterward. Pregnant women should avoid changing the cat litter altogether. Keeping your cat indoors will also help prevent them from contracting it.

Symptoms in pets: Cats don’t typically show symptoms of toxoplasmosis. Kittens, who are more vulnerable, may get diarrhea.

Symptoms in humans: Healthy people often won’t show any symptoms, and the CDC estimates that some 40 million people may be living with toxoplasmosis. Some people will have flu-like symptoms, including swollen lymph nodes or enduring muscle aches. 3/16 SLIDES© AleksandarNakic – Getty Images

While it’s unlikely that you’ll contract rabies from your pet (it’s most commonly contracted from wild animals like raccoons and bats), it’s within the realm of possibility since it is transmitted through the saliva of an infected animal. “The disease is most commonly contracted through a bite, although potentially it could be transmitted through a scratch as well,” says Gary Richter, MS, DVM, a veterinary health expert with Rover.com. “Although human exposure to rabies from a dog is uncommon, it’s worth noting since rabies is almost 100 percent fatal if the person is not treated immediately after exposure.” The best way to prevent it is to keep your pet up-to-date with their vaccines.

Symptoms in pets: Foaming at the mouth is the most common sign of rabies, but other symptoms could include behavioral changes, fever, hypersensitivity to touch, light, and sound, hiding in dark places, staggering, loss of appetite, and seizures.

Symptoms in humans: According to the CDC, preliminary symptoms can include fever, headache, and weakness, but as it progresses and infects the central nervous system, you can experience insomnia, anxiety, confusion, partial paralysis, and hallucinations.4/16 SLIDES© BraunS – Getty Images

You’re probably aware that you can get salmonella from raw or undercooked poultry, but did you know you can get it from your pets? “This infection can also be caused by the bacteria that live on the skin of pet reptiles,” warns Tsippora Shainhouse, MD, FAAD, a board-certified dermatologist in Los Angeles. Jory D. Lange Jr, a food safety lawyer, also says they have seen cases of pet hedgehogs, backyard chickens, and dog food causing salmonella outbreaks.

To avoid it, wash your hands well after handling reptiles, especially after feeding them. Be sure to also clean pet toys and bedding outside.

“Leptospirosis is a bacteria that is shed in the urine of infected animals. Our pets can contract this infection from ground water that is contaminated by infected wildlife. Though this infection does require contact with infected urine, it’s much easier than you may think to inadvertently come in contact with your pet’s urine,” says Johanna Reel, NHV Natural Pet’s in-house registered veterinary technician. Get your pet vaccinated against the disease, and don’t swim in water that may be contaminated with animal urine.

Symptoms in pets: Some animals won’t show signs of leptospirosis, while others may have fever, vomiting, diarrhea, refusal to eat, depression, infertility, and other symptoms.

Symptoms in humans: Some people with leptospirosis won’t have any symptoms, while others may have high fever, headache, chills, muscle aches, vomiting, diarrhea, rash, or other symptoms. According to the CDC, if you recover from a first phase of symptoms and become more severely ill a second time, it could be a sign of meningitis or kidney or liver failure.6/16 SLIDES© rsmseymour – Getty Images

Most commonly contracted from the feces of dogs but sometimes from cats, toxocariasis is a parasitic disease from the larvae of toxocara roundworms. Dr. Shainhouse says, “Be careful to use gloves or a plastic bag or shovel to clean up doggy poop, and wash your hands well afterward.”

Symptoms in humans: “Humans contract roundworm infections by oral-fecal transmission, but the worms tend to end up in the lungs, which can present as shortness of breath and hives/itch, abdominal pain, bloody stool,” explains Dr. Shainhouse.7/16 SLIDES© bluecinema – Getty Images

“While you can contract this by eating undercooked pork, you can also contract this from an infected pet,” explains Dr. Shainhouse. It is contracted via oral-fecal transmission through direct contact with pet stool (which is more common than you may think). You can prevent contracting tapeworm by handling animal feces with gloves or a shovel, and washing your hands thoroughly.

Symptoms in pets: According to Dr. Shainhouse, abdominal pain, diarrhea, rice-like pieces in the stool, fatigue, hunger or loss of appetite, and longer worms in vomit are signs of tapeworm. She says that pets with tapeworm also often drag their bottoms along the ground.

“Ringworm, which is a fungal disease (despite the deceptive name), grows on hair follicles. It is transmitted through direct contact,” explains Dr. Richter. Cleaning your pet’s bedding regularly, frequently washing your hands, vacuuming, and disinfecting are your best bets for avoiding ringworm.

Symptoms in pets: Animals get the same circular lesion as humans, but it can be difficult to see under their fur so look out for signs like red lesions, crusty skin, and patchy hair.

Symptoms in humans: Ringworm in humans is usually easy to spot thanks to the telltale ring-shaped rash that is often red and itchy. 9/16 SLIDES© SilviaJansen – Getty Images

“This bacterial infection is caused by Bartonella henselae, which is carried by kittens. It is transmitted to humans via a scratch from the infected animal,” explains Dr. Shainhouse. According to the CDC, 30 to 40 percent of adopted shelter cats have documented cases of cat scratch fever. People with weakened immune systems are at higher risk, so they may want to hold off getting a kitten less than a year old, since they’re more likely to get the infection. If you do get scratched, wash the area immediately.

Symptoms in pets: Cats usually don’t show any symptoms but in some cases may have a fever, and in rare cases, may have labored breathing, vomiting, swollen lymph nodes, red eyes, and/or decreased appetite. And despite the name, dogs can also get cat scratch fever and may show signs of fever, arrhythmia, and inflammation of the heart (endocarditis).

“Pets can also pass some parasites on to their humans,” says Dr. Reel. “Giardia is a common intestinal parasitic microorganism, which causes severe gastrointestinal symptoms. This parasite can be spread through contact with contaminated water or contact with infected fecal matter.

Not to be confused with human scabies, pet scabies can’t truly be spread to humans, but can cause some discomfort. “In pet scabies, the animal is the only viable host for the mite, meaning the mite only lives on the pet,” explains Dr. Shainhouse. “However, the mite can jump off of the pet, bite the human owner, then jump back home (aka, the pet’s skin).” The best way to protect you and your dog is to avoid having your dog around other animals that have it.

Camp-what? The name may be hard to pronounce, but the CDC estimates that Campylobacter is the top cause of bacterial diarrheal illness in the country. Though it’s typically contracted from raw or undercooked poultry, pets can also spread it. “Campylobacteriosis is a bacterial disease cause by Campylobacter species. Fecal-oral transmission can result in gastrointestinal symptoms in most healthy persons. More serious infections can occur if a person is very young, elderly, or immunocompromised,” says Dr. Gallagher.

That’s why it’s important to wash your hands frequently, especially if you come in contact with animal feces.

Symptoms in pets: Most common in puppies younger than six months old. Fever, vomiting, and enlarged lymph nodes are possible symptoms in your dog.

Although our furry friends get the brunt of the diseases that can be passed on to humans, our scaled sidekicks aren’t without their possible infections. Mycobacterium Marinum grows in fish tanks and can be spread to humans. “It is commonly seen in people who put their ungloved hands into fish tanks (like when you clean out your pet’s tank),” explains Dr. Shainhouse. So be sure to wear gloves when scooping out fish and cleaning the fish tank.

Symptoms in humans: Red bumps or sores on the hand or finger that can spread to the arm. Symptoms can also include low-grade fevers.14/16 SLIDES© Chalabala – Getty Images

Yet another canine parasite, hookworms suck on the intestinal lining of dogs. The eggs in the pet feces could transfer through the skin if you come in contact with it. Thoroughly washing your hands will go a long way, especially after curbing your dog.

Symptoms in humans: People often show no symptoms but can come down with loss of appetite, anemia, cough, wheezing, or rash.15/16 SLIDES© PeopleImages – Getty Images

“Dog and cat bites that pierce human skin can cause severe skin infection and cellulitis if not treated immediately,” warns Dr. Shainhouse. “Cats’ mouths carry Pasturella multocida, while dogs carry Staphylococcus, Streptomyces and Capnocytophaga sp.” Avoid rough play with your pets or other animals that might result in them taking an unintentional nibble of your skin.

Symptoms in pets: None.

Though it’s not totally a disease, contact dermatitis is an irritating side effect of having pets for some people. “Pet kisses may be a sign of affection or loyalty, but it can cause skin irritation in humans,” says Dr. Shainhouse.

“If you are crazy enough to have a pet tarantula, know that they are not soft and fuzzy. Their ‘fur’ is actually spines that can be shed as protection when they are afraid or in fighting mode. These spines can prickle your skin and cause an irritant dermatitis.”

Take preventative measures especially if you have sensitive skin, like washing up after getting licked by your pet to prevent a rash.

Symptoms in pets: None

Symptoms in humans: Skin irritation, rash, and itchiness.Vets reveal the most dangerous diseases pets can give you Pets are one of life’s great joys. According to the National Institutes of Health, some 68 percent of American households have a pet, and their benefits are countless, from getting active to boosting mood. But as wonderful as our furry (or scaly, or feathered) friends are, there are certain health risks that come with having an animal in your home. 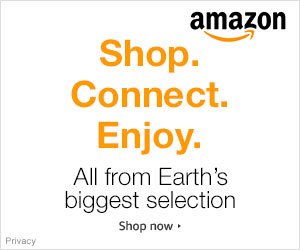