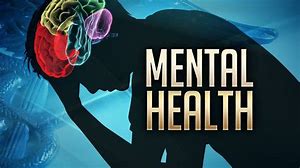 Most people kick off January by creating resolutions that drastically aim to add healthy habits to their daily lives (which doesn’t always work, by the way ― and that’s OK). But sometimes the best thing we can do for ourselves is to let some things go instead.

“The new year offers a fresh opportunity, while the weight of the past keeps us in a place of inaction,” said Olecia Christie, a certified life coach and owner of Optix Communications in San Antonio, noting that it’s important to discern when to release the things that no longer serve our own growth and happiness.

With that in mind, here are a few things you should consider leaving behind in the new year, according to Christie and other experts:

In this era of social media, it always appears that everyone is living their best life — that is, everyone except you. Ibinye Osibodu-Onyali, a licensed marriage and family therapist at The Zinnia Practice in California, said you should remember that social media is a highlight reel. Comparing your daily life to a single picture capturing a perfect moment isn’t the best use of your time.

Instead, Osibodu-Onyali suggested engaging with the people you admire in 2020.

“Rather than spending so many hours per week scrolling mindlessly, begin to actually connect with people you admire on social media. Send them a DM, ask for advice, seek out actual mentorship,” she said. “You’ll be surprised how many new friends you will acquire just by reaching out, rather than being a jealous onlooker.”

Letting fear hold you back from something you want to do

Anthony Freire, the clinical director and founder of The Soho Center for Mental Health Counseling in New York, said in order to release fear, shame and guilt, you must first “shine a spotlight” on them.

“On your deathbed, you don’t want to be kicking yourself for not having completed your bucket list for any reason, but especially because of feelings like guilt, fear and shame — which are only problematic feelings because you’ve told yourself that you should feel that way,” he said.

Worrying about things you cannot control

It’s unrealistic to suggest giving up worry or stress entirely ― these feelings are a normal part of life. Instead, try to focus just on the worries you can take action on.

“Focus your thoughts on things you can change. When you have a list of worry thoughts, write out what you can change and what you can’t. Work on the situation that you can change, and just release the rest. It takes a lot of time and practice to learn this skill, but once you get the hang of it, you’ll find that you’ll worry less,” Osibodu-Onyali explained.

For some, this is easier said than done. If you find that you’re unable to manage your excessive worrying ― especially over things out of your control ― it might be worth seeking advice from a professional. This could be a sign of an anxiety disorder, which is a very real and common condition.

Research shows holding onto a grudge or anger for longer than necessary can be toxic for your physical and mental health. Right now is the perfect opportunity to work on letting go of some old baggage “by either working on repairing strained relationships or closing the chapter on relationships that cannot be salvaged,” Osibodu-Onyali said.

This doesn’t apply to people who have severely damaged or hurt you, but could be useful for someone you’ve grown distant with or just no longer envision as a healthy part of your life. You can either choose to move forward or let go.

“Although saying goodbye to a relationship can be tough, the closure can be very freeing,” Osibodu-Onyali said.

What other people think of you

There’s a saying that goes “what other people think of you is none of your business.” It’s important to know what your values are and to be grounded in them, so that you’re not swayed by the thoughts of others. Osibodu-Onyali said she often challenges her clients by asking: “So what if they don’t like you? What happens next?” She said more often than not, the answer is usually “nothing.”

“The truth is that the world doesn’t end and you don’t have to be liked by everyone,” she said. “Stick to your core group of supporters who truly love and respect you, and don’t spend time worrying about the people who don’t quite get you. If they don’t get you, that’s OK. You can’t be a part of every group.”

The need to be right in every conflict

We’ve all strived to win arguments; however, that can cause more stress than it’s worth. Freire said letting go of the need to win “takes up enormous energy because people tend to want to be right.”

“How many times do we fight with someone and we’re simply fighting to be right?” he said. “We say things we can’t take back and later we apologize and think to ourselves ‘I overreacted’ or ‘We fought over something so stupid.’ Sometimes we don’t even remember why we were fighting to begin with. Sometimes trivial things we get stuck on are just smaller manifestations of larger underlying issues.”

These kinds of interactions can often lead to “negative self-talk and anxiety as [we] overanalyze the situation and stress about the impact of the interaction,” according to Elise Hall, a licensed and independent clinical social worker in Massachusetts.

Instead, try looking at a fight as a problem to be solved (experts say there’s one phrase that can easily help you do this with a partner). This can help you let go of the need to be right and put your focus on a solution.

This all might be challenging, but it could be worth it to increase your joy — even just by a fraction.

"If you are going to write, write from the heart." MwsR "Life has not been the easiest, but it could have been worse!" MwsR Life is about doing all you can to help others. Don't go chasing rainbows, make your own pot of gold. Love, Hope, Faith, the greatest of these is Love! View all posts by Mws R

One thought on “Letting Go Of Some Things , Is A Good Thing”